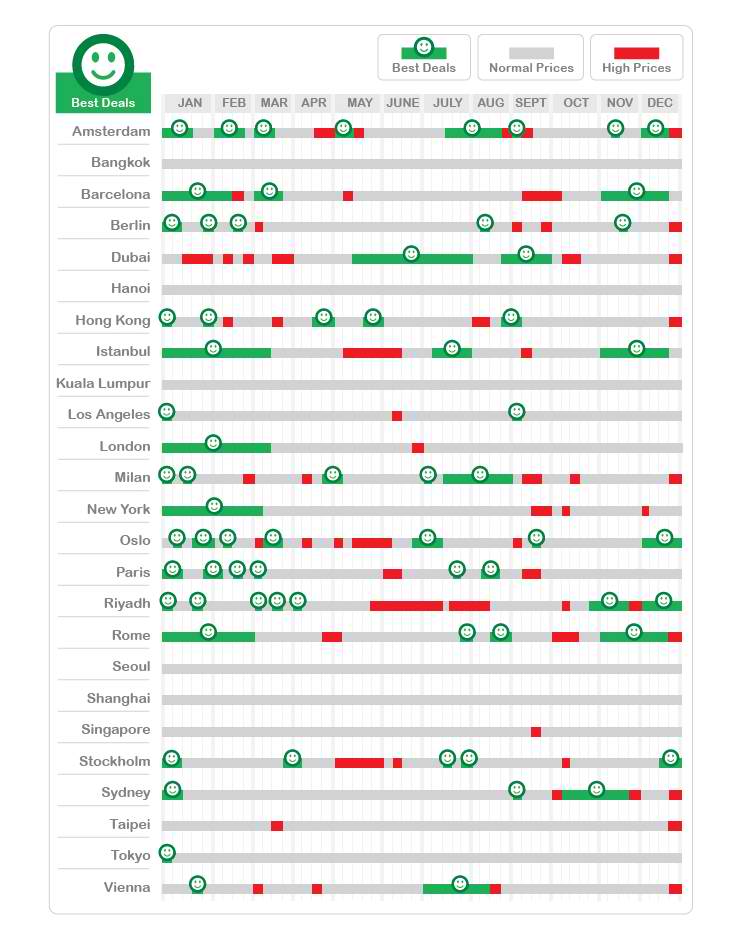 A recent study revealed the best and worst times to book rooms during the year.

Agoda.com announced on Thursday the results of its latest Travel Smart Study, which is based on data from hundreds of guests who used the hotel booking website in 2013, covering room prices at 25 of the most popular destinations in the world.

It found that those who travel to New York or Rome in January can get rooms that are 40% cheaper than the average room rate, while those who visit Oslo in May could end up paying 50% more.

The study added that hotels in Istanbul are 25% cheaper from December to March, but 50% more expensive in May.

“We know airfares, vacation schedules and the weather are also important factors, but we hope this tool helps our customers save money when they plan their vacations,” Errol Cooke, vice president for Global Hotels at Agoda.com, said in a press release.

Here are the best months to get hotel rooms that are up to 40% lower than average, according to the study:

On the other hand, here are the worst months to book a hotel room as the listed places charge up to 60% more:

Meanwhile, the study noted that the cheapest time to book hotels for many destinations is in January.

The first week of January, in particular, is the least expensive time to travel to Tokyo and Seoul as hotel rooms are a bit less expensive.

June and July are great months to book hotel rooms in Dubai, Milan and Vienna, while hotel rooms are cheaper in Oslo, Stockholm and Riyadh in December.